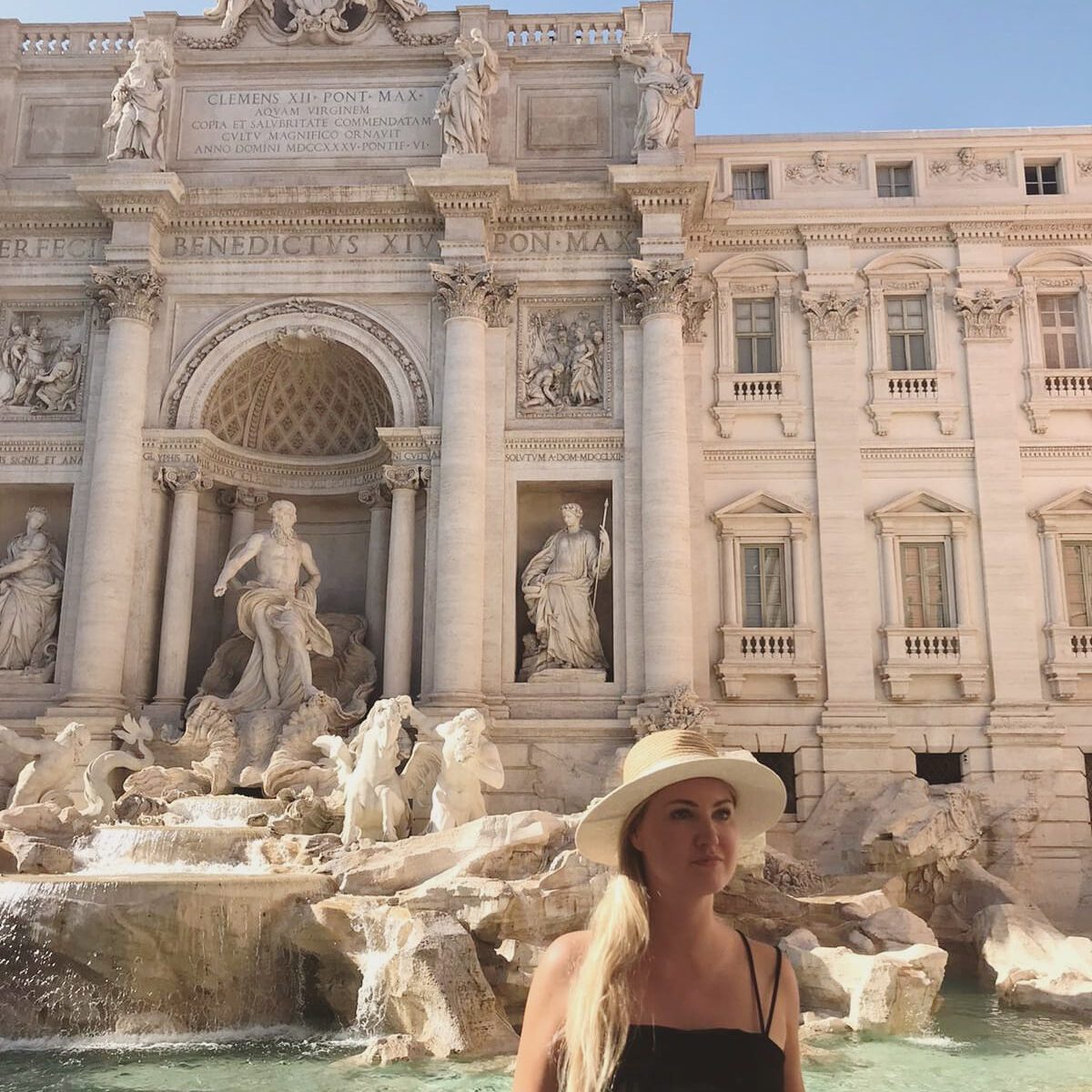 After our high speed train arrived in Rome Termini, the central station of Rome, we walked the into the museum called Roma.

Our hotel was located in the middle of the centre (Hotel Hiberia) on a walking distance of all the main sights. So after pulling our gigantic pink trolley over the cobblestones and checking into our home away from home, we started exploring the city.

Looking for a gelato we suddenly came across Fontana di Trevi, the most famous and iconic fountain of Rome. The fountain’s water comes from the Acqua Virgo, an underground aquaduct that is over 2000 years old.

The tradition is to toss a coin into the fountain, thus ensuring your return to Rome. An estimated 3000 euros is thrown into the Trevi each day. This money is collected daily and it goes to the Catholic church charity.

After bumping into the Trevi fountain we continued to find a lunch spot. We found the best spot close the Piazza Navona watching the Romans doing their daily things.

You are not allowed to sit on the steps. It is also forbidden to eat, drink, shout or sing on the beautifully restored staircase. There is security watching every step carefully.

A striking 2000 years old temple (now a church) the Pantheon is Rome’s best preserved ancient monument and most influential building in the western world. The Dome is considered the Roman’s greatest architectural achievement. Each Pentecost thousands of red petals are rained down on the Pantheon representing the Holy Spirit descending to Earth.

The best restaurant we found close to our hotel and is called Ce Stamo a Pensa. The delicious food would be one of the top reasons to return to Rome.

The next morning we continued our walking tour to Rome’s top sight the Colloseum. This was the place where gladiators met in fierce combat and condemned prisoners fought against wild animals in front of bloodthirsty crowds.

Next to the colloseum you can find the Roman Forum and Palatine Hill, a collection of ruins that can leave you with the imagination of time travelling into ancient Rome.

After Rome our journey continues to the Amalfi Coast. As tossing a coin in the Trevi fountain promised our return to Rome, we are patiently waiting for that day.